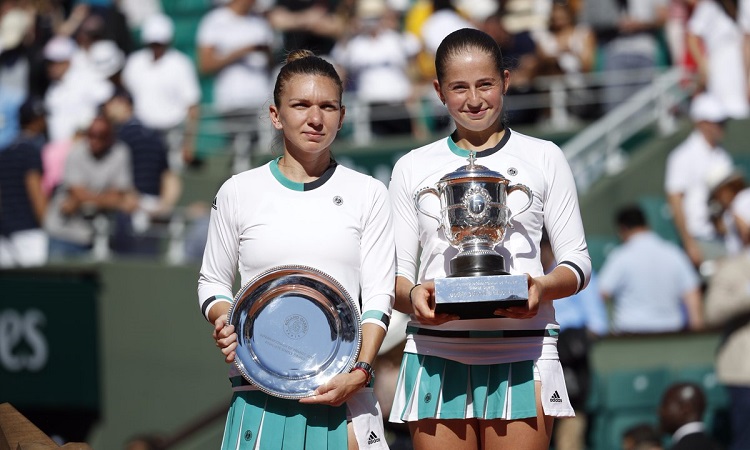 Jelena Ostapenko put on a thrilling display to halt Simona Halep’s quest for the No.1 ranking and win her maiden major title at the French Open.

“I’m really happy to win here,” a succinctly estactic Ostapenko said after the match. “I think I still cannot believe it, because it was my dream and now it came true.

“I think I’m going to only understand in maybe couple of days or couple of weeks.”

Click here to relive all the action as it happened, courtesy of the WTA Insider Live Blog.

Ostapenko kicked off the clay court season with her third WTA final appearance at the Volvo Car Open, and showed improved consistency to bring that form to the J&T Banka Prague Open, where she blasted into the semifinals.

For Halep, it was her second French Open final in four years, and the new No.1 on the Race to Singapore leaderboard hardly put a foot wrong with just 10 unforced errors in three sets as she aimed to wrest World No.1 from Angelique Kerber on the WTA Rankings.

Ostapenko far outpaced the Romanian in errors, hitting 54 of her own, but she matched them with 54 winners, including a screaming backhand return winner to clinch the title after nearly two hours on court.

“She was hitting very strong,” Halep said after the match. “At some point I was like a spectator on court. She deserved to win.

“It’s a tough moment for me, but it’s gonna go away, I hope, with time. I will keep working, because I really want to repeat what I have done this tournament. We will see what is gonna be.”